A variable number of inlets can be specified. The outlet stream will contain a heat duty that matches the sum of the heat duties of the inlet streams. 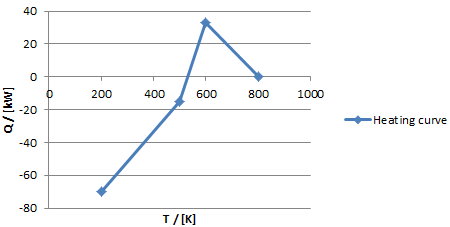 If at least one inlet contains a positive amount of heat, and at least one inlet contains a negative amount of heat, the heats of opposite sign are canceled out. That is: heat can transfer only from high to low temperature, so the heat that is consumed is subtracted from the produced heat at equal or higher temperature. If such heat is not available, the operation of the heat mixer is infeasible, and a warning is issued.

in the previous example 100 kW is produced between 200 and 800 K. At a temperature of 531.034 K the hot and cold heats cancel each other out. The corrected heat curve: 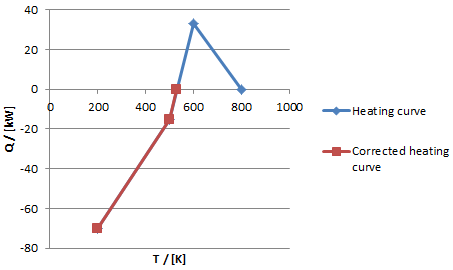 Here, the net heat consumption is still 70 kW, but the upper temperature limit has been adjusted reflected cancelling out the heat production.

The linearized curve shows encapsulates the corrected curve of the previous example: 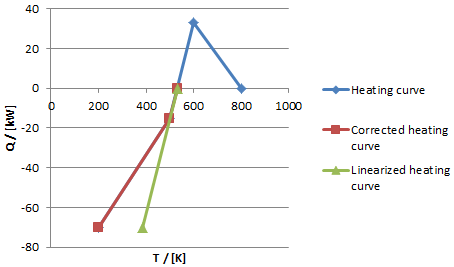 To obtain this, the lower limit was increased, keeping the upper limit and the total consumed heat equal.